Miguel’s party was a Wednesday night. I returned to The Bar the following Saturday, my usual routine, and was surprised to see him there.

Blood and Whiskey: The Life and Times of Jack Daniel

Jack Daniels is a favorite drink of mine, so when I saw this book it piqued my curiosity. I thought, “Jack Daniels was a real person?” Turns out the author is often asked this same question by friends he explains in the introduction. Well to answer the question yes the man behind this fine whiskey was indeed a Mr. Jack Daniel himself. A young boy from Lynchberg, Tennessee, who worked his way from a farm hand to one of the most successful distillers in America.

If your looking for tales of the wild west or an elicit bootlegger, you will not find it here. Jack youngest of ten siblings, and the runt of the family, was an orphan by the age of fifteen. Taken in by neighbors he worked hard as a farm hand then later learned the art of distilling whiskey from his caretaker and mentor. Jack Daniel is described as being a pillar of the community and a hardworking, honest, giving, southern gentleman.

The writer explains that not much is known about the actual man, there isn’t much in public records about Jack Daniels and even to his ancestors he is somewhat more of a myth than a real man. Therefore much of the book reads like a chapter in American history. Luckily though there are random interesting anecdotes and facts thrown in that keep the story interesting. For example, where the name Old No. 7 came from, similarities between Jack and one of his biggest competitors now Jim Beam, and the battles with the prohibition forces through out his entire career.

I would highly recommend this book to any history buffs. Personally, as much I like history I’ve never been a fan of American history, so there were many times where I became bored and frustrated while reading. However, I am glad I pushed past it and was able to finish it. 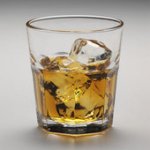 Now I feel like the next time I pour a glass I’ll appreciate it that much more.